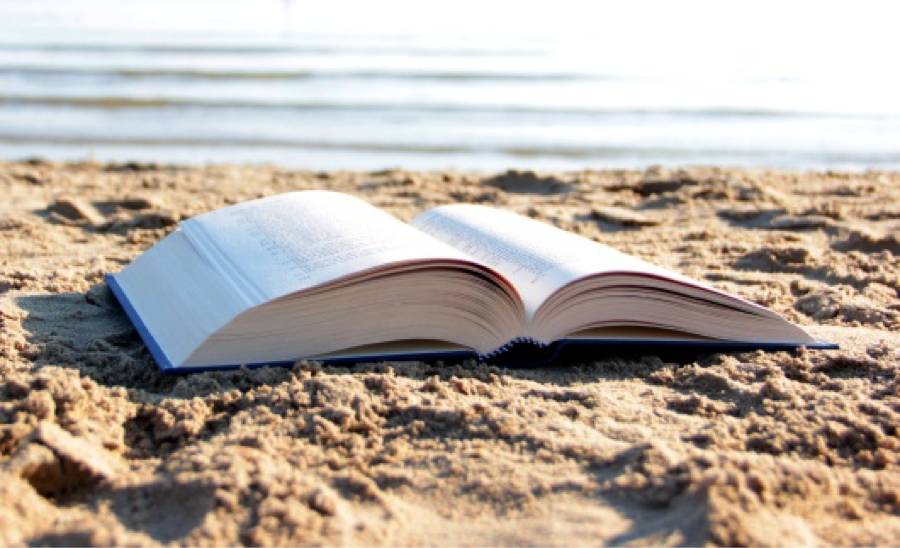 BookThug authors are always busy. Whether they’re promoting their latest book, performing at readings, giving interviews, writing new material, or managing the rest of their lives, they are always on the go. But even so, they still find time to constantly devour great new reads.

If you’re looking for your next summer read, here are some recommendations from five BookThug authors! We asked Malcolm Sutton, Jennifer Zilm, Adrienne Gruber, Phil Hall, and Wanda Praamsma to share what they’re currently reading, and what’s next on their “To Read” list, and here’s what they said.

Malcolm Sutton, author of Job Shadowing, (and our amazing fiction editor!) is currently reading Notes from a Bottle Found on the Beach at Carmel by Evan S. Connell. He is also planning to read Women Who Make a Fuss: The Unfaithful Daughters of Virginia Woolf, Regimes of Historicity: Presentism and the Experience of Time, and Cast in Doubt.

MS: Notes from a Bottle Found on the Beach at Carmel (1962) by Evan S. Connell – I found a first edition of this book at a store on College, and picked it up because it appeared to be a fragmentary novel with line breaks. It has the feel of a precursor to Carole Maso’s Ava and the late novels of David Markson, though it is more free ranging, maybe less disciplined, certainly leaves the reader on uncertain ground. Propels by way of gaps and disorientation.

Women Who Make a Fuss: The Unfaithful Daughters of Virginia Woolf (2014) by Isabelle Stengers and Vinciane Despret and collective – This is a recent book that I came across at the U of T bookstore. Will read it next.

Regimes of Historicity: Presentism and the Experience of Time (2015) by François Hartog: Research for my new novel. Am intrigued by the idea that people sense history in very different ways at different times in history – our own time is characterized here by presentism.

Cast in Doubt (1992) by Lynne Tillman – Tillman’s writing in this novel from 1992 reminds me somewhat of Harry Mathews and Ronald Firbank. I’m so impressed by the single point perspective that she uses (an older man) – that she is able to create a consciousness that is not claustrophobic and that maintains mysteriousness even while constantly divulging opinions.

Right now, Jennifer Zilm (author of Waiting Room) is reading Karyotype by Kim Trainor (and guess what! We’re publishing Kim’s next book, Ledi, in 2018) and The Upland South: The Making of an American Folk Region and Landscape by Terry G. Jordan-Bychkov. Next up on her reading list are 81 Austerities by Sam Riviere, The Search for Christa T. by Christa Wolf and Corked by Catriona Strang.

JZ: Kim Trainor’s book Karyotype—which I am just finishing—is a recent poetry title that is very haunting. I am currently reading the final sequence of the book which is a long poem called “Nothing is Lost”. Each stanza is a set of lines beginning with a letter of the alphabet, it interweaves text from Elaine Scarry’s The Body in Pain and from a bulletin from the ICRC about the release of the book of belongings: which is a photographic catalogue of the belongings found in the mass graves of Srebrenica.

I am also reading (I put aside the book in order to read Karyotype) a book called The Upland South: The Making of an American Folk Region. I found it serendipitously on the shelves of the Banff Centre library. The back of the book had the best review I’d ever seen: “For people who like this sort of thing, this is the sort of thing they’ll like.” It is filled with wonderful maps indicating things like concentrations of “the Generic Place name ‘Hollow’” in Texas. It is adding many terms to my vocabulary like “traverse-crib barn’’; “macro artifacts”; “Tennessee Diaspora.”

I am always seeking book recommendations. Someone told me to read Sam Riviere’s books so I’m going to read the poetry collection 81 Austerities. The other recent recommendation is the 1979 novel The Quest for Christa T. by the East German writer Christa Wolf. Also, I’m going to read Corked the 2014 collection by Catriona Strang as I’ve heard it contains letters addressed to Marcel Proust.

Adrienne Gruber (author of Buoyancy Control) is currently reading This is Happy by Camilla Gibb. Books on her reading list this summer include: Super Mutant Magic Academy by Jillian Tamaki and Fresh Hell: Motherhood in Pieces by Carellin Brooks (who is also the author of One Hundred Days of Rain).

AG: I’m almost finished This is Happy by Camilla Gibb and it’s been an intense read. It’s a memoir that begins with the author’s struggle with depression and her complex upbringing (the rootlessness of her childhood, her father’s mental health issues, her mother’s emotional distance and her brother’s struggles with addiction), then fast-forwards to the devastating end of her marriage, her journey into single motherhood and the chosen family she creates with her newborn. The kick to the gut comes early on in the book; Gibb’s idyllic-seeming marriage is abruptly dissolved when her partner leaves. Gibb is eight weeks pregnant at the time and finds herself trying to crawl out of a debilitating depression as she grieves the future and familial roots she thought she had found. During the early years of parenting her daughter, Gibb learns how to thrive in her new life as she reconstructs her vision of a family.

The other book I’m anxious to read is Fresh Hell: Motherhood in Pieces by Carellin Brooks. I found it at Little Sister’s (Vancouver’s LGBTQ book store) and felt like I’d hit the jackpot. This book is obviously begging me to read it, given that I have two young children, one of whom is under a year. Fresh Hell is fifty-two meditations (one for each week of the author’s baby’s first year) on the hardest and most challenging parts of the first year of motherhood. It’s about the exhaustion and sleepless nights, the screaming and poop explosions, the feeding challenges and the loss of autonomy and identity women experience when they become mothers.

Currently, Phil Hall, author of Conjugation (and also our senior poetry editor) is reading A Cab at the Door/Midnight Oil by V.S. Pritchett. Up next on his reading list are Scree, by Fred Wah, and Suspended Sentences/Dora Bruder by Paul Modiano.

PH: A Cab at the Door / Midnight Oil. V.S. Pritchett. (1968/1971). These two volumes are some of the very solidest autobiographical writings I’ve encountered. Pritchett is terrific at delineating his Christian Science family’s almost Dickensian oddity where they might have seemed, for a lesser writer, not much to write home about. He is never indulgent, always insightful about his younger self. The adventures of the poor middle of the British class system shine here. And Pritchett is effacingly honest as well as exhilarating about his hikes and years in Ireland and Spain on the eve of WWII.

Scree. Fred Wah. The Collected Earlier Poems, 1962-1991. Edited by Jeff Derksen. This is surely the best poetry book of the year! Such care and thoroughness have been taken here to let each important early publication keep its style and colour and format. I’m guessing this is Volume I of II? This is a heavy book full of some of the lightest, halest experimental poetry in Canada. It is so important that this work is being done, both the writing and the editing.

Suspended Sentences / Dora Bruder. Patrick Modiano.  This 2014 winner of the Nobel Prize is a French writer I am just discovering. He writes as an investigator of his own past, tracking down vague evidence of people and places in Paris during the German occupation (1940-44). It reads like non-fiction, but has hypnotic powers similar to W. G. Sibald’s work, but entanglingly urban. The guilt of collaboration and collusion with the Nazis still stains every arrondissement, every street address, every last name and its disappearances. I am reading everything by Modiano that I can find translated into English.

Wanda Praamsma, author of a thin line between, is currently reading Her Paraphernalia: On Motherlines, Sex/Blood/Loss & Selfies by Margaret Christakos. Next on her reading list are The Collected Poems of William Carlos Williams and Ezra Pound’s The Pisan Cantos.

WP: Her Paraphernalia: On Motherlines, Sex/Blood/Loss & Selfies, Margaret Christakos. A while back, I wrote in my journal, something like: I want to coat my body with the poetry & prose of mothers. But I don’t only want to read their writing to soothe – to challenge, too – myself & everyone else. Where are we in the mother story? Seems to me, still behind, as many have told me not to write the “mommy” book, whatever that is. (Deeply engrained, patriarchal storytelling, that’s what that description is.) So, I have to read Christakos’ latest – there is a deep yearning for everything she presents.

The Collected Poems of William Carlos Williams. I have at my disposal, through my work at a university, a very large library which loans me books for months at a time (even years, if no one else wants them). I went in looking for Bronwen Wallace, got lost, and came out with four William Carlos Williams books. Sparked by a letter – W! – and memory, so many recommendations & references – I chose WCW.

The Pisan Cantos, Ezra Pound. My uncle gave me a copy of this book while I was visiting him in France & the Netherlands this past spring. The copy belonged to my grandfather, poet Bert Schierbeek, part of the experimental group The Fiftiers. There are many reasons to read it, but the biggest one right now is simply to read my grandfather’s influences, to know him through the writers he read & kept on his shelves. I will forever be obsessed (see a thin line between).