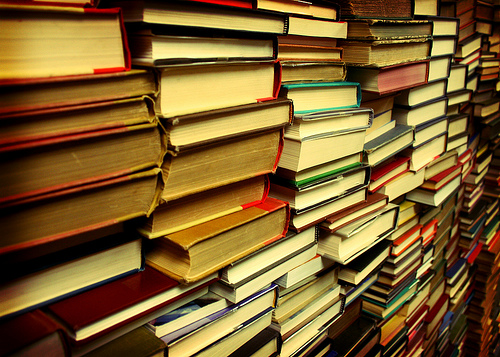 Today, we continue to look back on our year in reading. For Part 2 of BookThugs Read, we’re turning things over to some of our wonderful authors to reflect on their favourite reads of 2016. While the year has certainly been a rough ride for many, there is no denying that 2016 was a great year for books and reading.

’t know were possible in a novel. Taking place in pre-independence Jamaica, a group follows their leader into the hills to form a self-sustaining religious community. An almost mercilessly dark, multi-character view of humanity stomped down by colonization, and yet somehow it manages to open out in the last pages towards unexpectedly resonant and hopeful potential.

I Have Devoted My Life to the Clitoris by Elizabeth Hall (Tarpaulin Sky Press, 2016)

Possibly the best title of all time and a book that very much lives up to it. This quick-fire, bullet-pointed manifesto mixes fascinating historical research with deeply personal and poetic reflections. It’s hard to believe a book this short can have so much impact and reverie. When I got to the end I wanted to start at the beginning and read it all over again.

the theorist Sampada Aranke told me that Zong! had substantially shifted her thinking. Sometimes you have to go away to discover a masterpiece in your own backyard. If there was any justice this book would have won every poetry award in the country. The way it breaks apart gruesome legal logic and puts it back together is akin to secular ritual and incantation. Bankrupt language twisted magically back into some sort of painful but possible life.

About a third of the way through A Death in The Family, the first of the six volumes that comprise My Struggle, I committed to reading the series in its totality. Volume after volume, I am amazed at how the sublime cuts through the banal at just the right moment. It is remarkable how reading about someone else’s childhood can make me feel like I am reliving my own.

that deals not so much with the act of writing, but with literary friendships, teaching and family life. Cusk was apparently embarrassed by fiction when she wrote it and has written about her enthusiasm for Knausgaard’s autobiographical work, which this novel resembles somewhat in its approach.

Don’t Let It End Like This Tell Them I Said Something by Paul Vermeersch (ECW Press, 2014)

I have had the pleasure of seeing Paul Vermeersch read a number of times and have come across poems of like this one  in the Globe and Mail. I finally made a point of sitting down with a volume of his work and am very glad I did. The end times theme investigated here is one that interests me in my own writing. The ideas for yet-to-be-written poems in “On the Reintegration of Disintegrated Texts: A Manual for Survivors” made me laugh out loud, and months later, I remain haunted by “I Became Like A Wooden Ark / the Lives of Animals Filled Me.” Also: I think this collection has one of the best book titles ever.

I met Popahna on a snowy night in Chicago, a few hours after flying in from warm L.A. Her book is a palindromic tale set in an odd European research society. It doubles and refracts questions about vision, attraction, and time. A beautiful book.

I Hate the Internet by Jarett Kobek (We Heard you Like Books, 2016)

This is the book I recommended most this year. this book is furious and funny and precise. If you’ve wanted to shred libertarian/ tech/ capitalistic pseudo philosophy with a thousand angry claws but felt alone and mute with anger, bask in the wonder of Kobek doing it for you.

everywhere. I am a contrarian. That impulse was silly though because I loved Adler right from the first sentence. Her style is impeccable. I read a lot of it on the subway while asking myself at each stop “where has this book been all my life?”. A great, digressive New York novel. For literate people this is probably old news, but for me it was a summer 2016 revelation.

This is a gorgeous catalogue produced on the occasion of the Eisenman exhibit, Al-Ugh-Gories, at the New Museum in New York City (May 4 2016 – June 26 2016). It includes an interview with the artist, an essay by Grace Dunham, and lush color reproductions of Eisenman’s paintings. My favorite is 2014’s iconic “It Is So,” a detail of which also graces the cover. Al-Ugh-Gories is already out of print, but the New Museum is awaiting fresh stock

reprint of 1979’s cult classic Common Sense and Age of Reasons: Uncollected Poems, 1969-1982 (ed. Miles Champion). Greenwald, unfortunately, died in June. I wish more of my Canadian peers read his work. His poem, “Whiff,” makes me weep with hope for the future. Here’s another favorite, the epigram “One Foot”: “one foot in the other world / the other foot in the other world.”

I’m a huge fan of novelist John A. Williams. I rave to friends about The

Man Who Cried I Am (1968) every chance I get. So, let me take this opportunity to recommend a different Williams novel. Clifford’s Blues was published in 1999 by Coffee House Press. It’s the story (in diary form) of Clifford Pepperidge, a gay African American jazz pianist who’s imprisoned in Dachau for 12 years. FYI: Coffee House also reprinted Williams’s excellent Captain Blackman. Worth checking out as well.

I Wanted to be the Knife by Sara Sutterlin (Metatron, 2016)

I like how this collaboration ranges across genres, registers and landscapes, and bounces between the dreams they have in their twenties and their material realities.

From this artist book, here’s the documentation of a performance called: “To Raise the Water Level in a Fishpond.” These are forty migrant labourers who recently arrived in Beijing.

Fields of Blood: Religion and the History of Violence by Karen Armstrong (Anchor Books, 2014)

This outstanding book elaborates two intertwined themes: how nations with imperial ambitions rely on religion to imbue their violence with significance and virtue. And how governments contort religions to enforce a coercive and unequal domestic peace.

Erin Wunker, author of Notes from a Feminist Killjoy: Essays on Everyday Life (2016)

Even This Page is White by Vivek Shraya (Arsenal Pulp Press, 2016)

If I Were in a Cage I’d Reach Out for You by Adèle Barclay (Nightwood Editions, 2016)

A Manual for Cleaning Women: Stories by Lucia Berlin (Farrar, Straus and Giroux, 2015)

Witness, I Am by Gregory Scofield (Nightwood Editions, 2016)

Kate Sutherland, author of How to Draw a Rhinoceros (2016)

I’ve already put together a list of Canadian favourites to be posted elsewhere, so here I’ll highlight five of my favourite 2016 books from beyond the border:

The Unfollowing by Lyn Hejinian (Omnidawn, 2016)

This is a sonnet sequence that doesn’t follow. Each poem is the requisite fourteen lines long, but each is built of non-sequiturs subverting the sonnet’s origin as a logically unfolding argument. Yet the sound of these poems gives them a certain kind of sense. They surprised and often delighted me.

This is an exhilaratingly genre-defying book, blending essay, memoir, myth, fairy tale, and poem. Hoang busts open the essay form to get at some hard truths.

There’s a breadth of form across this collection, but all of the poems are linked by the use of terms borrowed from the U.S. Department of Defence’s Dictionary of Military and Associated Terms. Through this mechanism, Sharif explores war in multiple locations and exposes state violence in various guises. It’s a galvanizing read.

In this collection of poems, Sinclair makes brilliant use of the figure of Caliban from Shakespeare’s The Tempest to flip the coloniser’s gaze as she moves back and forth between Jamaica and the United States, the past and the present, and across a multiplicity of literary and scientific discourses. It’s a beautiful, complicated, radical book.

In this collection, Vap weaves excerpts from a 1950s essay about the economics of slavery in the United States, an article about the present day Thai shrimping industry, and an online financial dictionary, together with riffs on a quotation from St. John of the Cross, and lyric meditations on pregnancy and motherhood. These various sources and forms are never collaged together on the same page and, each standing alone, they give the visual impression of a book of short prose poems. But so much depends on the cumulative effect that I read it as one long poem that mounts a powerful critique of capitalism