An In Memory of Memory Mood Board | Book*hug Press 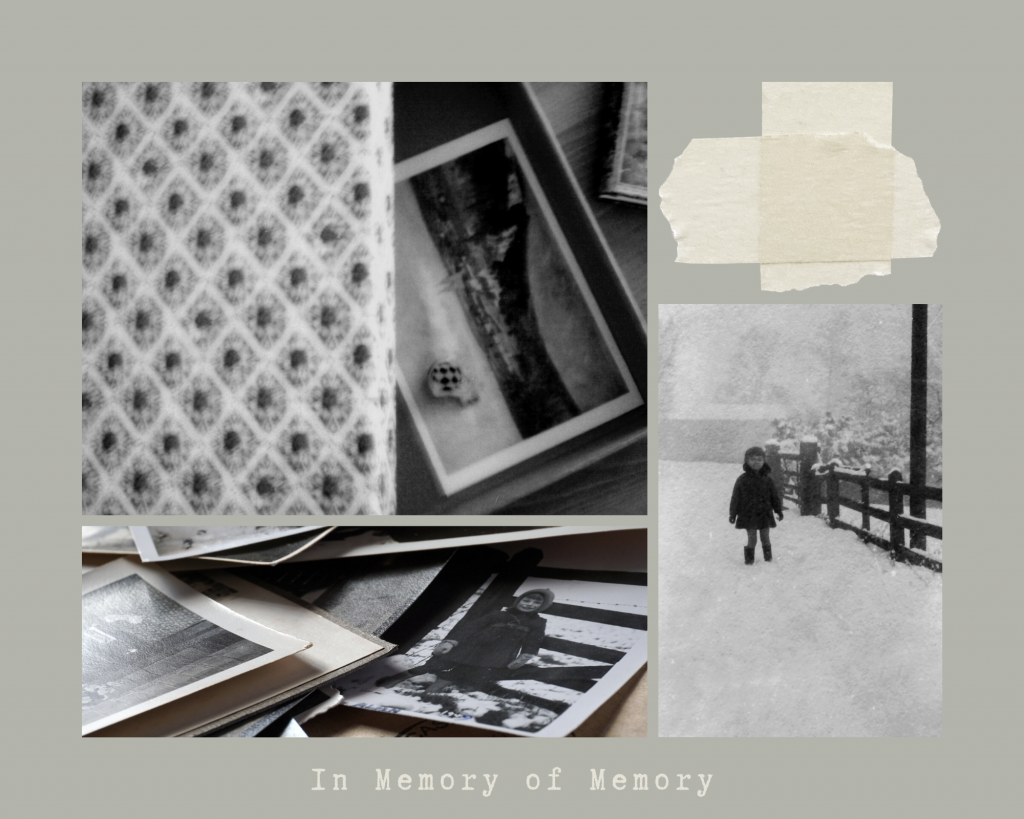 Today, our mood board series continues, this time with acclaimed Russian author Maria Stepanova’s In Memory of Memory, translated from the Russian by Sasha Dugdale.

In Memory of Memory tells the story of how a seemingly ordinary Jewish family somehow managed to survive the myriad persecutions and repressions of the last century. Dipping into various forms, including essay, fiction, memoir, travelogue, and historical documents, In Memory of Memory is imbued with rare intellectual curiosity and a wonderfully soft-spoken, poetic voice. Elif Batuman, author of The Idiot and a Pulitzer Prize for Fiction finalist, calls the book a “luminous, rigorous, and mesmerizing interrogation of the relationship between personal history, family history, and capital-H History… In Memory of Memory has that trick of feeling both completely original and already classic.” Andrew McMillan, award-winning author of Playtime, calls it a “book to plunge into.”

We’re far from the only ones excited about In Memory of Memory. The Guardian has dubbed 2021 “the year of Stepanova.” The New York Times calls the book a “kaleidoscopic, time-shuffling look at one family of Russian Jews throughout a fiercely eventful century.” The New Yorker calls it “sensitive and rigorous.” And the Wall Street Journal writes that “[t]his is an erudite, challenging book, but also fundamentally a humble one, as it recognizes that a force works on even the most cherished family possessions that no amount of devotion can gainsay.” (It was also excerpted in The Paris Review.) In its native Russia, In Memory of Memory won the 2018 Bolshaya Kniga Award and the 2019 NOS Literature Prize, and has now been published in over seventeen territories. Stepanova herself has received several Russian and international literary awards, including the Andrey Bely Prize and the Joseph Brodsky Fellowship.

As if these weren’t impressive enough accomplishments, we’re thrilled to announce that In Memory of Memory has been shortlisted for the 2021 International Booker Prize, which celebrates the finest translated fiction from around the world. Congratulations, Maria and Sasha!