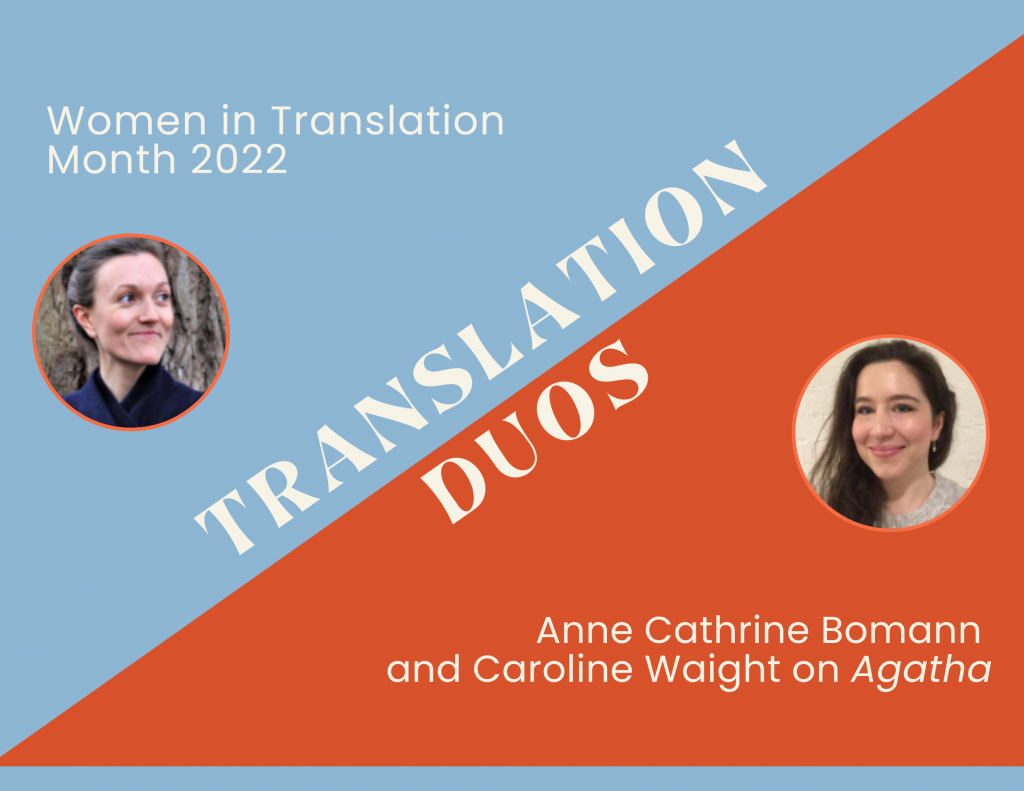 It’s August⁠, and that means Women in Translation Month (#WITMonth) is here at last!

Throughout the month, we will be speaking with author-translator duos, getting the lowdown on what it means to collaborate on a translation, how it feels to find oneself in a new language and what one discovers in and between languages. First up, Danish author, Anne Cathrine Bomann, and translator, Caroline Waight, on the novel Agatha.

This bittersweet debut follows a psychiatrist who is counting down toward his upcoming retirement. He lives alone in his childhood home and has neither friends nor family. Until one day, that is, when a young German woman called Agatha arrives and demands to see him. The doctor and Agatha embark upon a course of therapy together, a process that forces the doctor to confront his fear of true intimacy outside the clinic.

B*H: Anne Cathrine, what was it like to read your own work in a new language? Did it alter, or expand, its meaning?

ACB: It was an extremely interesting process to watch Caroline’s translation come to life. I got to see the first draft and make comments, and sometimes I could read a sentence and feel like it captured exactly what I wanted to say, while at other times, something felt slightly off. This forced me to really consider what I had intended with my original sentence, and why certain words mattered so much to me, and this definitely deepened my own understanding of the different layers of meaning in the text.

When I write, I think a lot about rhythm, the tone of the language etc., and every word in Danish is carefully chosen. Sometimes the sound or feeling of the words almost mean more to me than what they are saying, and part of this inevitably gets lost in translation. But like you suggest, new meaning and nuances can be added instead, or a slightly boring sentence in Danish can suddenly shine in English, and that is kind of magical to experience.

B*H: Caroline, in translating Agatha what did you learn about the Danish language, Danish literature, and/or the art of translation?

CW: I think the best books teach you as much about the potential of your target language as the source one! Agatha is a book with a very specific voice, and the real challenge of the translation was to try and get this voice across in English. It’s deliberately a little old-fashioned but not pastiche, which can be a hard balance to find (you want it to sound evocative and distinctive without being stilted), so the whole process was definitely a lesson in that!

The way the aging therapist uses language offers subtle insights into his character – his fears, his apparently anti-social nature – that I had to be careful to convey. But it’s also a darkly funny book, and humour always teaches you more about a language and its culture’s mores – although this is doubly complex here, because of course the book is set in Paris. The main character’s interactions with his patients – the narcissistic Madame Almeida, the neurotic Monsieur Ansell-Henry – were an object lesson in deadpan humour mingled with sorrow.

B*H: Tell us about your collaboration. What did you offer one another throughout the process? How did you solve problems together? What did you most appreciate in the other?

CW: We communicated mostly via email and Track Changes in Word, since we’ve never actually met in person! We sent versions back and forth (including versions that included the editor’s notes) and worked out solutions in the margins. Should there be one word here or two? Is that patch of thinning hair curious or suspicious? How many instances of the word ‘that’ can we get away with deleting? I love discussing texts with authors, because it challenges me to come up with something better, or occasionally makes me realise that I’ve interpreted something in a completely different way than intended. All reading is an act of co-creation, of course, but this is especially true of translation, and sometimes you forget how much of yourself you inject into a text – until it’s pointed out. But often it’s a positive thing, and together you work out a version that embraces the English language and makes greater use of its potential. I was so grateful throughout the whole process for how creative, imaginative and patient Anne Cathrine is, and how open to the possibilities of translation. It made working together on this wonderful, inimitable, gorgeous book a lot of fun, and I’m already massively looking forward to translating her next novel!

ACB: Before I found Caroline, I was presented with a few other attempts of translating the first pages of the novel, and they just did not work. I was a bit scared then, because I began to suspect that having my novel translated would mean giving up on it somehow or loosing the atmosphere and tone that I had worked so hard to establish. Then I read Caroline’s first pages, and my heartrate slowed down again – she captured the essence of the language, and I knew instantly that she was the right person for the job.

Caroline was extremely open with me during the translation process. She made me feel like my thoughts and comments were valuable to her, and she often included my suggestions – when they made sense. When they did not, she explained to me why that was, because even though I have some understanding of the English language, there are of course lots of things that I don’t know about, sayings that are unfamiliar to me, words that I found fitting which actually did not work and so on. But it has felt like a very inclusive collaboration, and I am so happy with the result. 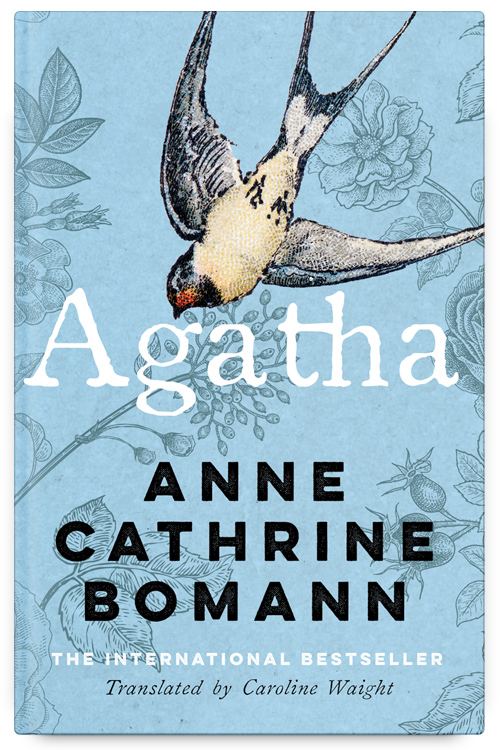 Anne Cathrine Bomann lives in Copenhagen, where she divides her time between writing and working as a psychologist. She also played table tennis for Denmark and won the national championship twelve times. Agatha is her debut novel, following two poetry collections. First published in Denmark, it became a word-of-mouth success and has now been translated into twenty-three languages. Her sophomore novel, Blå toner, was released in Denmark in 2021. It will be published in English as Blue Notes by Book*hug Press in spring 2024.

Caroline Waight is an award-winning literary translator working from Danish and German. Recent publications include The Invention of Ana, The Chestnut Man, and The Gravediggers. Her translation of Anne Cathrine Bomann’s Blue Notes is forthcoming from Book*hug in Spring 2024.