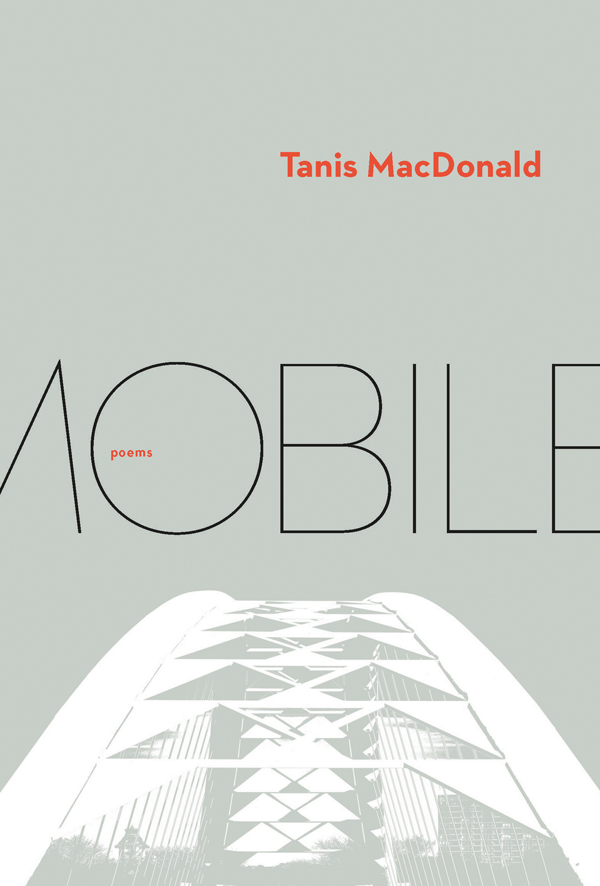 Our National Poetry Month Celebration continues. Next up is ‘No Exit’, a poem from Mobile by Tanis MacDonald.

Mobile is many things. It is an uncivil feminist reboot of Dennis Lee’s Civil Elegies and Other Poems; an urban lament about female citizenship and settler culpability; an homage to working and walking women in a love/hate relationship with Toronto, its rivers and creeks, its sidewalks and parks, its history, misogyny and violence. It’s also MacDonald’s grouchiest book yet.

And now, onto today’s poem. Click on the video to watch Tanis read the poem and follow along with the text below.

Hell may be other people, especially those promoting
their latest. Don’t pretend you won’t guard
the exits. Slipshod, shaking for sale, your name

spelled in a nebula of itch. Flash-mob humblebrag
like shit in a melting snowbank. The flesh dress
of authority rots and carnival-barker chaos

rules. It’s a relief to hear that all the tests show
trace amounts of bile: the toxic haste dump. Rip-offs
and redneck irony read like quotations,

but they’ll only bring you down. I’m a woman who
has attracted luscious, cruel advice, all
unasked for and most as mysterious as the secret

life of pants, but it all comes down to this lick of
inferno: you know that way you are?
Don’t be that way.

Tanis MacDonald is the author of several books of poetry and essays, including Out of Line: Daring to Be an Artist Outside the Big City. She is the co-editor of GUSH: Menstrual Manifestos for Our Times (2018) and the editor of Speaking of Power: The Poetry of Di Brandt (2006). Her book, The Daughter’s Way, was a finalist for the Gabrielle Roy Prize in Canadian Literary Criticism. She is the winner of the Bliss Carman Prize (2003) and the Mayor’s Poetry City Prize for Waterloo (2012). She has taught at the Sage Hill Writing Experience, and in 2017 won the Robert Kroetsch Teaching Award from the Canadian Creative Writers and Writing Programs. Originally from Winnipeg, she teaches Canadian Literature and Creative Writing at Wilfrid Laurier University in Waterloo, Ontario.