Happy Book Birthday to Tongues: On Longing and Belonging through Language 💬 🎉 | Book*hug Press 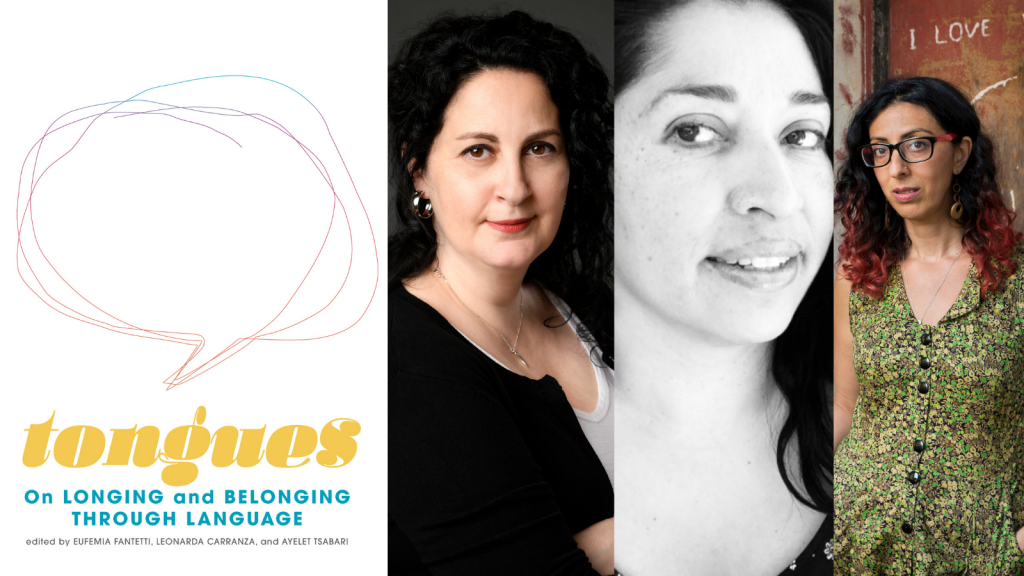 Today we celebrate the release of a Tongues: On Longing and Belonging through Language, edited by Eufemia Fantetti, Leonarda Carranza and Ayelet Tsabari, with contributions from twenty-six writers. This moving and lyrical anthology opens a compelling dialogue about language diversity and the way language intersects with power, privilege, and identity. Read on to learn all about this highly anticipated collection, and for information on the upcoming virtual launch of Tongues.

Happy book birthday to Tongues on Longing and Belonging through Language, edited by Eufemia Fantetti, Leonarda Carranza and Ayelet Tsabari! Tongues has been drawing a lot of attention throughout the fall literary season, having already appeared on a number of ‘Most Anticipated’ preview lists, including CBC Books, Quill & Quire, and the Toronto Star. We are so excited to share this intimate and nuanced anthology with readers at home and abroad. 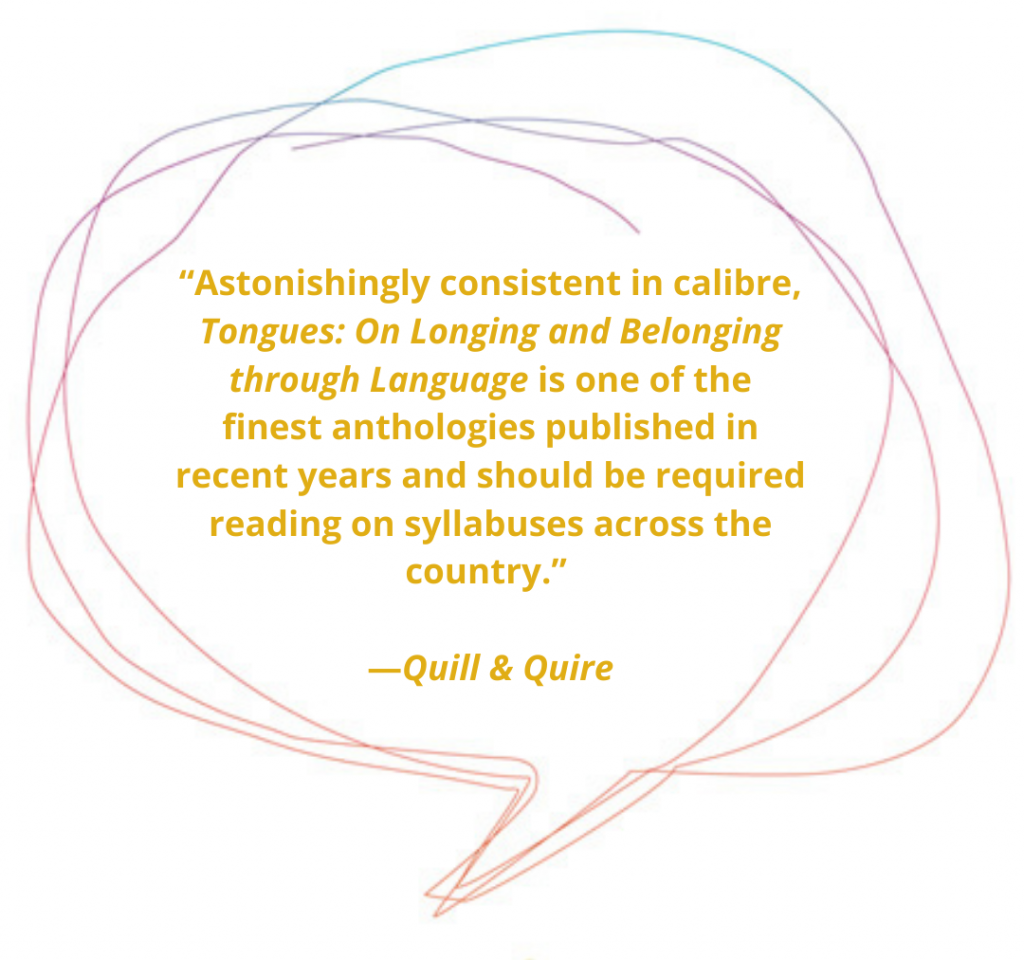 SAVE THE DATE: Virtual Launch of Tongues 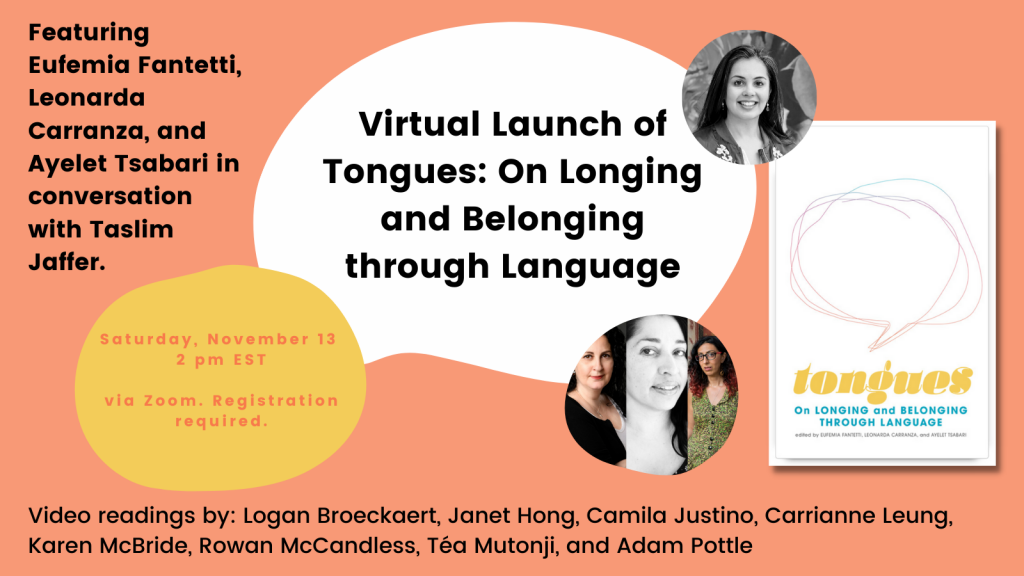 Join us to celebrate the virtual launch of
Tongues: On Longing and Belonging through Language!

That’s all for now, dear reader. Please join us again in wishing a very Happy Book Birthday to the Tongues editors and contributors. Tongues: On Longing and Belonging through Language is available to purchase from our online shop or from your local independent bookstore today. Happy reading! 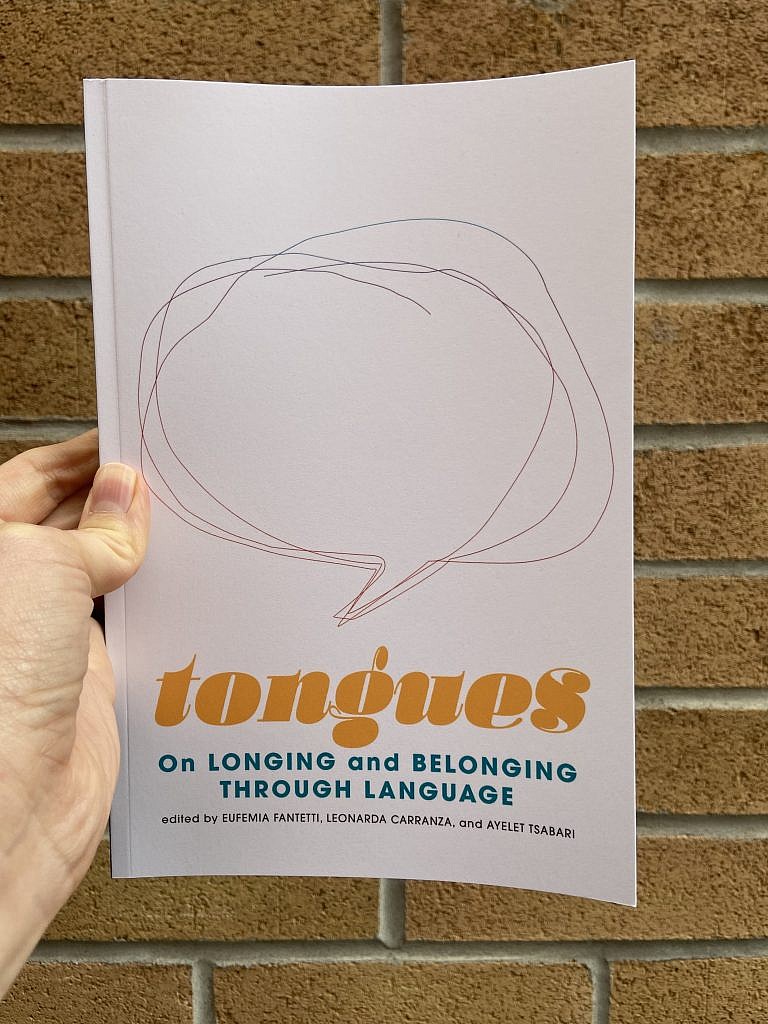 Eufemia Fantetti is a graduate of The Writer’s Studio at Simon Fraser University and holds an MFA in Creative Writing from the University of Guelph. Her short fiction collection, A Recipe for Disaster and Other Unlikely Tales of Love, was runner up for the Danuta Gleed Literary Award and winner of the F.G. Bressani Prize. She is a winner of the Event Magazine Non-Fiction Contest, and a three-time winner of the annual Accenti Writing Contest. Her writing has been nominated for the Creative Nonfiction Collective Readers’ Choice Award and was listed as a notable essay in the Best American Essay Series. My Father, Fortune-tellers and Me: A Memoir was released in 2019. She teaches at Humber College and the University of Guelph-Humber and co-edits The Humber Literary Review. She lives in Toronto.

Leonarda Carranza was raised in Tkaronto and born in El Salvador to a mixed-race family of Afro-Indigenous ancestry. She currently resides in Brampton, Ontario, part of the Treaty Lands and Territory of the Mississaugas of the Credit. She holds a PhD in social justice education from the University of Toronto. Her children’s book, Abuelita and Me, will be published in 2022. She is the winner of Briarpatch Magazine’sWriting in the Margins contest, was shortlisted for PRISM International’s short forms contest, and won Room’s 2018 short forms contest for her piece, “White Spaces Brown Bodies.”

Ayelet Tsabari was born in Israel to a large family of Yemeni descent. She wrote her first story in English in 2007. She is the author of The Art of Leaving, winner of the Canadian Jewish Literary Award for Memoir, finalist for the Writer’s Trust Hilary Weston Prize, finalist for the Vine Awards for Nonfiction, and an Apple Books, CBC Books, and Kirkus Review Best Book of 2019. Her first book, The Best Place on Earth, won both the Sami Rohr Prize for Jewish Literature and the Edward Lewis Wallant Award for Jewish Fiction, was longlisted for the Frank O’Connor International Short Story Award, was a New York Times Book Review Editors’ Choice and Kirkus Review Best Book of 2016, and has been published internationally. Her translations appeared in the New Quarterly, Berlin Quarterly, Paper Brigade, and Mantis. She teaches creative writing at The University of King’s College MFA, the University of Guelph Creative Writing MFA, and at Tel Aviv University. She lives in Toronto.