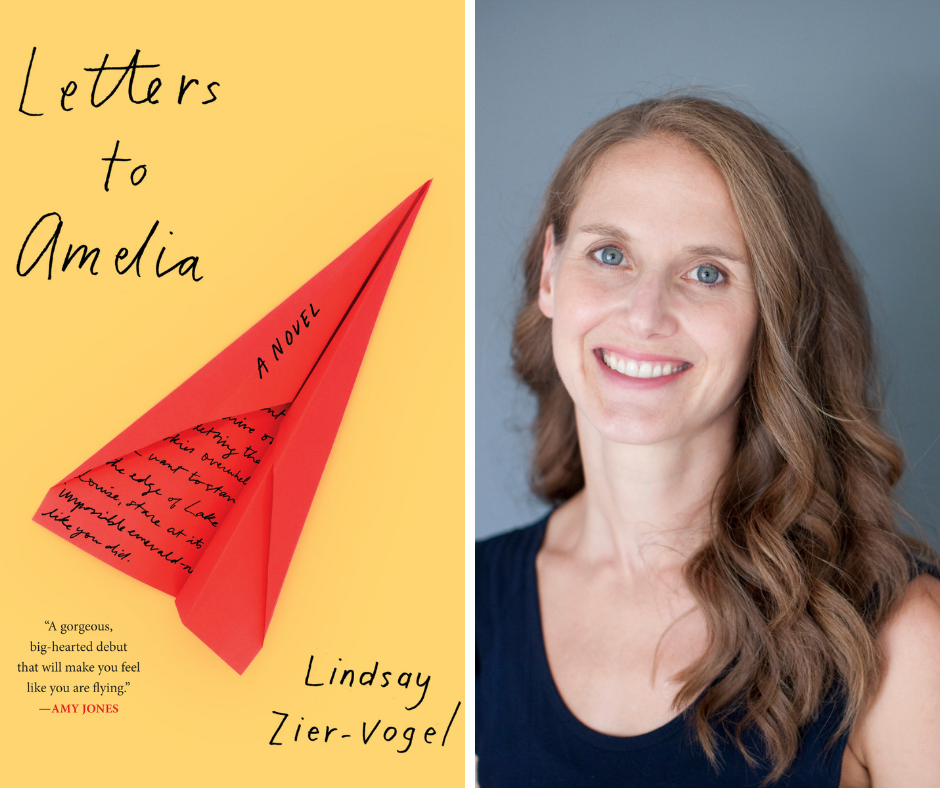 It’s time to meet the Fall 2021 authors and their books! We’ll be diving more deeply into the seven books we introduced in our Fall 2021 season reveal, previewing individual titles and sharing exclusive excerpts and thoughts from the authors.Our series of sneak peeks begins with Letters to Amelia, by Lindsay Zier-Vogel, which Amy Jones calls “a gorgeous, big-hearted debut that will make you feel like you are flying.” The novel follows Grace Porter, who is reeling from grief after her partner of seven years unexpectedly leaves. Amidst her heartache, the thirty-year-old library tech is tasked with reading newly discovered letters that Amelia Earhart wrote to her lover, Gene Vidal. Letter by letter, Grace understands more about Amelia while piecing her own life back together. While navigating the third trimester of her pregnancy—amidst new conspiracy theories about Amelia’s mysterious disappearance, the search for her remains, and the impending publication of her private letters—Grace goes on a pilgrimage of her own, and begins to write her own letters to Amelia. Underscoring the power of reading and writing letters for self-discovery, Zier-Vogel’s debut novel is a story of the essential need for connection, and of our universal ability to find hope in the face of fear.

“A tender portrait of heartbreak and a thoughtful ode to new motherhood,” writes Stacey May Fowles. “Letters to Amelia is an endorsement of finding our own ways to heal, and a celebration of that big, messy, wonderful journey of coming into one’s own. Charming and beautifully rendered, this is a big-hearted hopeful novel, full of life and love.”

We’re delighted to share an introductory video and reading from Lindsay Zier-Vogel below. Enjoy!

In addition, we’ve selected an excerpt from the book, which you can read and enjoy below. Letters to Amelia is forthcoming from Book*hug Press on September 7th, 2021, and is available now for pre-order, either from our online shop or from your local independent bookstore. 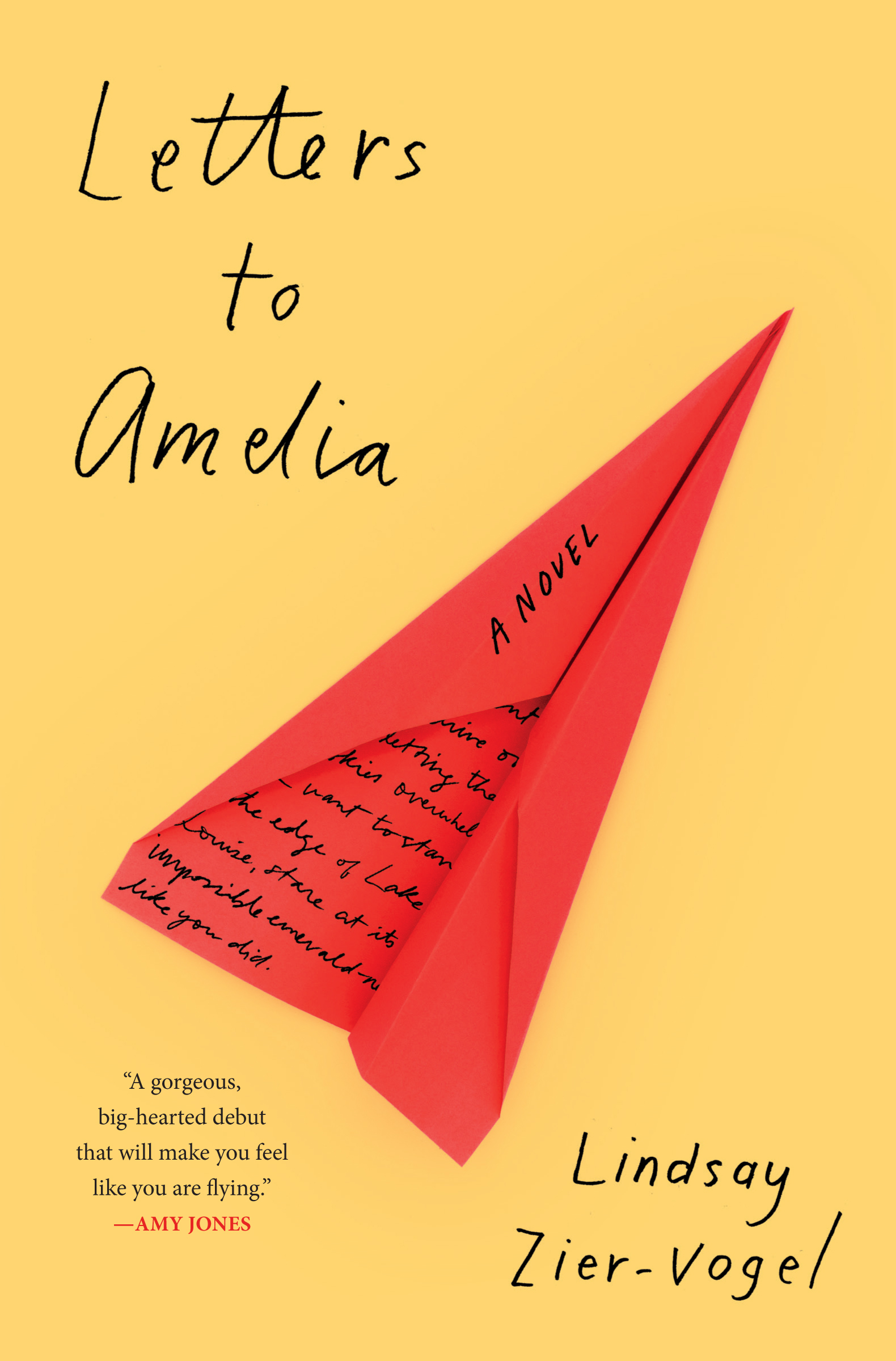 It’s been four weeks and two days since Jamie left, but in the morning, time falls in on itself and the Band-Aid of St. John’s and being called “duckie” in Pat’s lilting accent rips off. Everything feels raw and Grace is alone with the loneliness that roils in her gut.

The air is humid and thick, and she starts sweating before the screen door slams behind her. One of her bike tires is flat, and it’s too late to find the patch kit, so she walks to work, wishing for the hills of St. John’s instead of the flat stretch of Harbord Street. In St. John’s, every house near the harbour has a concrete anchor in the basement to make sure it doesn’t slide down the hill in a big storm. Bob told her that on the drive to the airport. She thought he was joking and waited for him to wink in the rear-view, but he didn’t. She can’t imagine living in a place where the winds are so strong they could drown a house in the harbour.

Grace is waiting to cross the street when it hits her again—Jamie’s gone. And she is a house sliding down the hill.

The moment she sees the huge concrete peacock, her limbs feel instantly lighter. She’s relieved to be back where there is structure and routine and to-do lists. She’s even looking forward to the pile of indexing she didn’t get to before she left.

The elevator door is almost shut when Janice calls for Grace to hold it. Grace really wanted to take the ten-second trip in silence, but her hand is already holding the doors open.

“And now, back to the letters,” Janice says conspiratorially. “Send me a few synopses by the end of the week.”

The door of the elevator opens to the reference desk.

“Sure, of course,” Grace says, wanting to get back to her desk and reread the Trepassey letter again now that she’s seen that long finger of ocean pushing into town, the Harbour Grace letter, too, to see if there was anything about clover growing on the airfield.

As soon as it’s quiet, Grace pulls out the cardboard box from her filing cabinet. Trepassey was stark and barren in a beautiful sort of way. The accents were wonderful. I was there. I saw it, too, she thinks. She pulls out the next envelope, thick, cream-coloured paper, and is careful to mark where she pulled it from with a slip of paper.

That was a most wonderful Saturday. It truly could not have been more perfect, even with the rain.

Lindsay Zier-Vogel is a Toronto-based writer, arts educator and the creator of the internationally-acclaimed Love Lettering Project. After studying contemporary dance, she received her MA in Creative Writing from the University of Toronto. Her writing has been widely published in Canada and the U.K. Since 2001, she has been teaching creative writing workshops in schools and communities. Her hand-bound books are housed in the permanent collection at the Thomas Fisher Rare Book Library in Toronto. As the creator of the Love Lettering Project, Lindsay has asked people all over the world to write love letters to their communities and hide them for strangers to find, spreading place-based love. Lindsay also writes children’s books. Because of The Love Lettering Project, CBC Radio has deemed Lindsay a “national treasure.” Letters to Amelia is her first book.